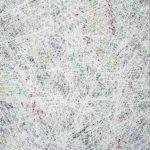 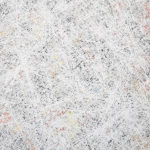 Albert Fröling was born on February 24, 1982 in Winschoten as the son of a Dutch father and Chinese mother.

After high school, Albert followed studies in Marketing and Communications. After earning his bachelors degree, Albert has mostly worked as a consultant / manager at a large financial services organization. Never, in spite of his fathers’ passion for art, did Albert ever consider using paint and canvas to express himself and to record his ideas. Until 2015…

Albert’s father, Herman, loved to paint. He did this in stages during which he experimented with elements from different art movements. In Herman’s younger years (60s and 70s), he painted mostly abstract art. Later, during Albert’s childhood, he also started painting landscapes, seascapes and farms. In the years before he died (2012), Herman created mainly abstract and non-figurative works on canvas. Years later, Albert discovered a large number of his father’s abstract sketches, drawings and paintings (from the 60s), which he had never seen before.

Finding his father’s old work, marks the moment that Albert started to delve into abstract expressionism with a special interest in the big names of the American abstract expressionism. Mark Tobey, Joan Mitchell and Jackson Pollock and many more were and still are a great inspiration to Albert.